I am a broke photographer. I can’t spend a ton of money on photography classes, art instruction, or another college degree (I already have three degrees, and I will be paying for those for a long time). I realized this last summer when I started getting serious about becoming a better photographer. I don’t have to tell you that it is a bit depressing when you come to terms with the realization that the meaningful direction of life really doesn’t make a lot of money.  Stupid dreams…

You might feel the same way. You want to grow as a photographer, but have neither the time nor the money to go back to school to get a formal photography education.  There is a way around that!  You don’t have to have a bunch of money and a degree to be a better photographer.  I recommend hanging out on YouTube!

For the past few years I have leaned on YouTube for more than a few fixes.  For example, I learned how to replace the brakes and the alternator on my car.  That saved me a significant amount of money! So, I thought, “Hey! I wonder if I can learn anything about photography on YouTube?”  You bet I did!

I searched YouTube for photography instruction videos and was initially overwhelmed with the number of videos out there. Since I am an academic by profession, I was concerned about which ones were reputable and credible sources.  Also, since I had not decided on the genre in which I wanted to focus, I didn’t have a real direction. Over time, I found three channels to which I initially subscribed: B&H Photography, Advancing Your Photography with Marc Silber, and Peter McKinnon.

Before this past summer, I was only aware of one famous photographer – Ansel Adams. I’m sure I had heard of others, but he is the only one that really stuck in my brain. By watching these channels, I began to become familiar with important names in contemporary photography, like Chris Burkard, Bob Holmes, Tim Cooper, Roman Kurywczak, Steve Simon, and others.  After learning these names, I visited their websites and learned as much as I could about each other their respective genres. For the last several months, I spent about around six hours each week watching videos.

I do two things when I watch these videos.  First, I take notes. I don’t write down everything, but I do record new information and anything to do with photographic technique. I have learned a ton of photographic technique. Usually, I learn a nugget of information from one video and tie it together with a nugget I learned from another. Most of the photographers who present in these videos aren’t really keen on sharing all of their secrets. But, you can learn a ton of technique by searching for the best videos.

Second, I go out and do what they suggest. I go out and try to recreate what they have done. Of course, I don’t usually get it right the first time, but I keep trying and improving.  One of the videos I appreciate the most is, “For the Love of Landscapes,” by Roman Kurywczak on the B&H channel. He is one of the few photographers will to share actually photographic technique – actual concrete application.  Now, I don’t for a moment believe that the finished produce he uses as examples were completed in the camera.  Learning how to use Lightroom taught me that. But, he gives good, practice technique to copy.  I used his technique to take these two: 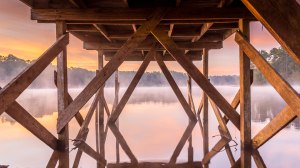 Because I continually watch these videos and practice what I learn, in eight months, my skill has improved tremendously. I still have a lot to learn, but I am much happier with my results. I also discovered the genres that I love the most and at which I am better skilled.

If you know of any great photography videos that we should watch, make sure you share them in the comments below! Also, be a good visitor on YouTube channel and hit the subscribe button. It helps you and the owner of the channel.

A daily selection of the best content published on WordPress, collected for you by humans who love to read.

The Art and Craft of Blogging

The latest news on WordPress.com and the WordPress community.